Jamaica Jazz and Blues 2013 lived up to its name and reputation. The event staged at the Greenfield multipurpose stadium in Trelawny Jamaica, was held from Thursday January 24th to Saturday January 26th. It was my pleasure to attend the event on the final night. The acts lined up for the final night were Monica, Kc and the Sunshine band, Dionne Warwick with headliner John Legend.
So the story begins with a quick ride in to the venue from the Montego bay highway, thanks to efficient traffic control by the many police officers present. With ample parking and easy access to the stands, myself and company made our way into the stadium.
The production was good, a well laid out and organized area on the main field. Lit tents branded by various sponsors were easily accessible to all and ad a variety of goodies from clothing items on sale, to food to a wide range of beverages, including top shelf liquor.
As my ticket denoted VIP, I made my way to that section. An equally organized layout properly section off with its own food and liquor station, catering by Lorraine and a bar by Heineken.

So on to the show, it began with a new artist Kronixx who kept the crowd engaged.He was followed by another local Jamaican artist Romaine Virgo who entertained as well. Romain dazzled in a sequined blue jacket, advising the crowd that “the band is the jazz and he was the “blues”. American singer Monica, who did not disappoint. Her melodious voice had patrons swaying to the music. She belted out a few popular hits and even threw in a rendition of a Bob Marley song “no woman no cry” and a brief tribute to the late Whitney Houston “I wanna dance with somebody”. Dionne Warwick followed suit. Singing songs the crowd sang along with, taking everyone back in time to “what the world needs now”. Her performance was slow paced and put a touch of elegance on the night. Ms. Warwick introduced and did a duet with her eldest son David Elliott, who also closed her set with a solo performance of his own. Then there was intermission, patrons mingled, ate, drank and enjoyed the surroundings which included pictures with an on-site helicopter from Captains Aviation.

Intermission was pleasantly interrupted with a melodious voice, and a familiar note played from a well-tuned piano. John Legend graced the Jazz and Blues stage without an introduction and without any fan fair. He sat, alone with the piano and he began. To say the least the performance was so flawless I lost track of time. With patrons in a trance, Legend sang, really sang. Giving a 100% percent of his talent and a long repertoire of hits. No backup singers, no DJ, no band. John Legend performed with nothing but his voice, a piano and a few sips of water after each song. He not only excited with his renditions but brought on two special guests for collaborations. Local artists big brother Morgan from Morgan’s Heritage and Taurrus Riley did not disappoint. Complementing the melodious tone that is John Legend, both artists added to what was an already excellent showcase.
The night ended with patrons shaking their booty to KC and the Sunshine Band’s hit of similar title.
All in all a good night, with a satisfied crowd, of which I was privileged to be apart. 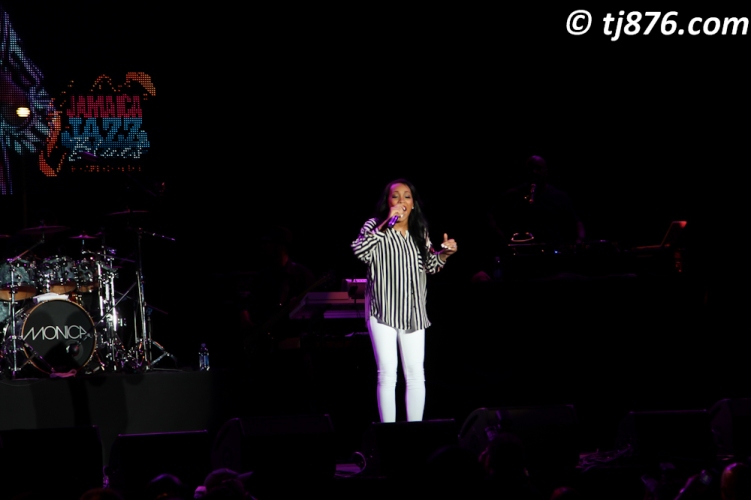 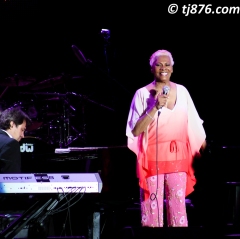 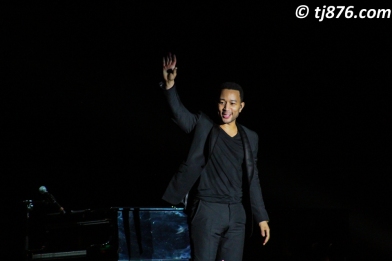 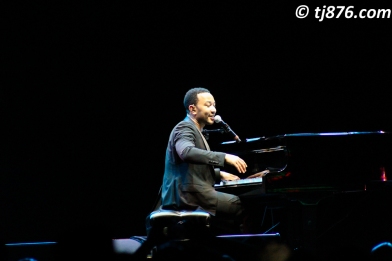 Patrons with the Captains Aviation Helicopter